Structure-Borne Sound in Buildings: Application of Vibro-Acoustic Methods to Measurement and Prediction 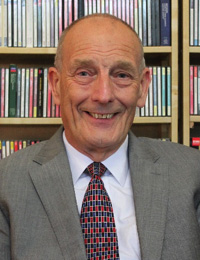 Barry Gibbs is Professorial Fellow within the Acoustics Research Unit of the University of Liverpool School of Architecture. His main research interest is structure-borne sound. Machines generate vibration transmission paths, which contribute to the sound pressure in buildings and other structures. The transmission is complicated but engineers and consultants require practical methods for prediction and control. He is developing such methods and investigating the uncertainty resulting from simplifying measurement procedures and calculations. He has authored and co-authored over 90 papers in peer-reviewed international journals and almost 200 conference papers. He was founding Editor of the journal Building Acoustics, now into its third decade. He has been Keynote Speaker at conferences in Brazil, Hong Kong, Singapore, as well as the U.K. He is a Fellow of the Institute of Acoustics, of the Acoustical Society of America, and of the International Institute of Acoustics and Vibration. He was President of the International Institute of Acoustics and Vibration in 2002-2004. In 2015, he was awarded the Institute of Acoustics R W Stephens Medal for outstanding contributions to acoustics research and education. He will be President of the Institute of Acoustics in 2018-20. 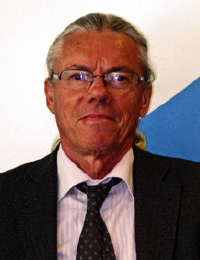 Jean-Louis Guyader is presently Emeritus Professor at the National Institute of Applied Sciences (INSA) in Lyon, France. He was the former Director of the Acoustics and Vibration Laboratory of INSA and founded SONORHC, a small company working on applications of time reversal to engineering problems, in 2011. His research focuses on vibration and acoustics, fluid-structure interaction in heavy and light fluids, inverse acoustic problems, theoretical methods for medium frequency vibro-acoustics problems, metamaterials, and time reversal in structures. His research has had numerous industrial applications in the aeronautics, automotive, building, and underwater defense industries. He has written 2 books and contributed several chapters to handbooks and compendiums. He is Fellow of the Acoustical Society of America and of the International Institute of Acoustics and Vibration. Moreover, he received the Chavasse prize and the Medal of the French Acoustical society. 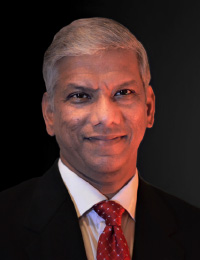 Dr. A. R. Mohanty is a professor of Mechanical Engineering at the Indian Institute of Technology, Kharagpur, India and also the Shyamal Ghosh and Sunanda Ghosh Chair Professor, where he has been a faculty member since the last two decades. Professor Mohanty obtained his PhD in the areas of Noise Control from the University of Kentucky. He was also a postdoctoral fellow at the Ray W. Herrick Labs of Purdue University working in the area of active control of tire noise. Professor Mohanty has worked at the CAE/NVH department of Ford Motor Company in Dearborn and Larsen & Toubro Limited, Mumbai. He has been a consultant to more than a 100 companies in the areas of noise control and machinery condition monitoring. His research interests are in the areas of machinery condition monitoring, industrial noise control and acoustical materials. Dr. Mohanty has more than 150 refereed journal and conference publications; he has one book, three book chapters and one patent to his credit. He held visiting faculty positions at universities in the USA, France and Singapore. Professor Mohanty is a fellow of the Indian National Academy of Engineering, Acoustical Society of India, Condition Monitoring Society of India and the International Society of Engineering Asset Management. 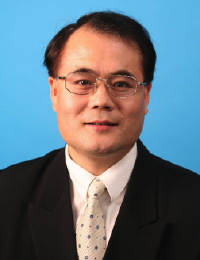 Dr. Li Cheng is currently a Chair Professor of Mechanical Engineering and the Director of Consortium for Sound and Vibration Research (CSVR) at the Hong Kong Polytechnic University. He received his BSc degree from Xi'an Jiaotong University in 1984, DEA and Ph.D. degrees from INSA-Lyon (Institut National des Sciences Appliquées de Lyon), France in 1986 and 1989, respectively. Dr. Cheng started his academic career at Laval University, Canada in 1992, rising from an assistant professor to Associate/Full Professor, before joining the Hong Kong Polytechnic University in 2000. Dr. Cheng’s research interests mainly include sound and vibration, structural health monitoring, smart material/structure and fluid-structure interaction. He currently serves as the Deputy Editor-in-Chief and Receiving editor for the Journal of Sound and Vibration, an Associate Editor for the Journal of Acoustical Society of America, Associate Editor of Structural Health Monitoring: An International Journal and an editorial board member of a few other international journals. He is an elected fellow of the Acoustical Society of America, Acoustical Society of China, IMechE and the Hong Kong Institution of Engineers. Dr. Cheng is the president of the Hong Kong Society of Theoretical and Applied Mechanics. He is also a director of both IIAV (International Institutes of Acoustics and Vibration) and I-INCE (International Institutes of Noise Control Engineering). 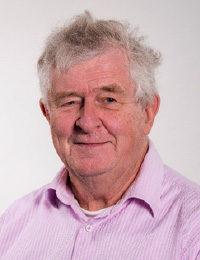 Truls Gjestland worked as a research scientist at SINTEF for 50 years and is now semi-retired. He is a fellow of the Acoustical Society of America and honorary member of the Acoustical Society of Norway and East-European Acoustics Association.  During his time at SINTEF, he was mainly involved in environmental noise projects including several European Union funded projects. He also developed a Noise Management Master Plan for the United Arab Emirates, and advised on theatre design in Switzerland. He has worked on a broad range noise issues including offshore oil platforms, navy vessels, and smaller fishing boats. He has served as advisor to European and US aviation authorities, World Health Organization, and ICAO. On the administration side, he has been secretary of the Federation of Acoustical Societies of Europe (FASE), vice-president of the European Acoustics Association (EAA), two time president of the Acoustical Society of Norway, and the technical chair of ICA 1995 (International Congress on Acoustics). He has been a member of the International Commission on Biological Effects of Noise (ICBEN) since 1983, and chair of ICBEN teams for 'Community noise' and 'Noise policies and economics'. 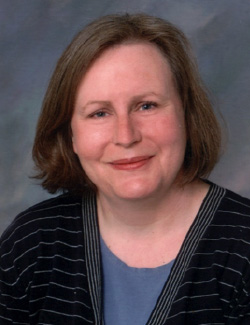 Patricia Davies is a professor of Mechanical Engineering at Purdue University. She became Director of the Ray W. Herrick Laboratories in 2005, which is a laboratory of over 120 graduate students and around 24 faculty focused on graduate student research with an emphasis on technology transfer. She also has a courtesy appointment in Psychological Sciences. She received her B.Sc. in Mathematics from the University of Bristol in 1977, and her M.Sc. and Ph.D. in Sound and Vibration from the University of Southampton in 1981 and 1985, respectively. Dr. Davies joined the faculty of the School of Mechanical Engineering at Purdue in 1987. Her research in vibrations and acoustics includes signal processing, nonlinear system identification, sound perception, and the impact of noise on people.  A theme in her research is bridging the gap between experimental results and predictions from models based on current understanding of human, mechanical and/or material behavior. Applications include effects of transportation noise (sleep disturbance, annoyance), HVAC &R systems, diesel engines, seat-occupant systems, and energetic materials. Her research is sponsored by government agencies and industry. She is a member of a group of engineering and psychology professors at Purdue who conduct research on how people perceive and are affected by machines and engineered systems, and how to integrate that knowledge into engineered system design. Dr. Davies served as President of the Institute of Noise Control Engineering 2008-2010 and is a Fellow of that society. In Fall 2016, she received the Per Brüel Gold Medal for Noise Control and Acoustics from the ASME and in 2018 became a Fellow of the Acoustical Society of America.